Zener diodes have major application for being used as a voltage regulator for providing stable reference voltages for use in power supplies, voltmeters, and other instruments. In this article, you will see how the Zener diode maintains (regulate) a nearly constant dc voltage under the proper operating conditions.

Diodes are used in many applications like half-wave, full- wave rectifiers, clippers, clampers, as voltage multipliers, and one of the most important and usable applications of a diode is voltage regulation, the behavior of the diode to regulate the voltage, due to which it has gain new name known as ZENER DIODE.

What is Zener Diode?

The Zener diode is a special type of diode that is designed to work in the reverse breakdown region. In simple words, it regulates (Maintain) the voltage across its terminal when it is in reverse biased. 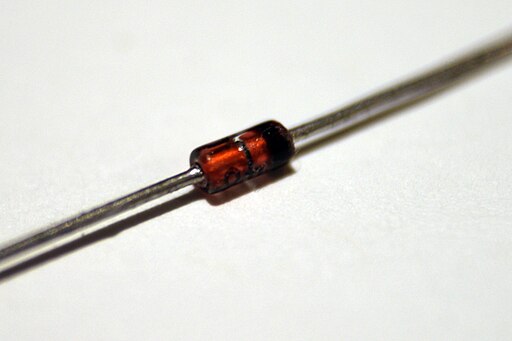 
[adsforwp id=”3715″]
It is similar to the normal p-n junction diode, but with Z-shape on the vertical bar.

Why We Use Zener Diode?

How is the voltage across Zener Diode constant?

A Zener Diode is a special type of diode which is designed to operate in reverse bias because it has very thin depletion region that makes this diode to handle large reverse breakdown voltage.

When the voltage across the Zener diode is greater than the breakdown voltage of Zener it breaks the barrier potential and Zener starts to conduct with a fixed voltage and this condition is known as turn ON condition.

it will not conduct until the source voltage is greater than the Zener voltage.

[adsforwp id=”3715″]
In forward bias Zener works as an ordinary diode but when it is operated in reverse bias its shows the specialty of voltage regulation, it must be noted that in fig given below. Effect of changing the load on voltage regulation

There are two cases:

In the first case when the load resistance is to be zero, the maximum current flows through the load and hence the diode is working as a voltage regulator.

In the second case when the load resistance is to be infinite, no current goes to load because of high resistance so the all of the current flows through the Zener diode, because of the heavy current diode may be destroyed in this condition hence, this condition is mostly not desirable.