Youngsville DOTD worker stabbed to death on I-10, remembered by colleagues

In this article, you will get all information regarding Youngsville DOTD worker stabbed to death on I-10, remembered by colleagues 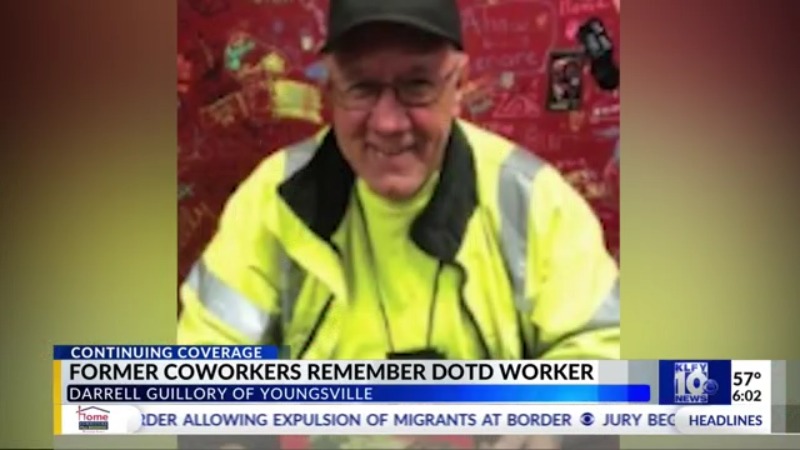 YOUNGSVILLE, La. (KLFY) — Heartfelt condolences are pouring in for the Department of Transportation and Development (DOTD) Mobile Assistance Patrolman who was stabbed to death as he tried to help a motorist on I-10.

“The appreciation we have received from the community abroad is pretty significant.  Our hearts go out to this family, and we are constantly keeping them in our prayers.”

Wilson says MAP roadside workers are an extension of emergency responders to help motorists who are in need.

“His protection was the retro-reflective clothing he would wear; it’s the cones he had on the back of his truck, the light and the striping.  How do you recover from that?  How do you reconcile with that?  We don’t know,” Wilson said.

“Well, we call him Steve.  Anybody who knew him personally knew him as Steve. Steve was his middle name,” Port Barre Police Chief Deon Boudreaux added.

Chief Boudreaux says the community is unsettled by what happened.

“He made the rank of sergeant while he was here, and he was also a canine officer with us.  I think the whole town is in shock right now over this tragedy.”

Youngsville Police Chief Rickey Boudreaux says Guillory was on the force before he became chief and then left shortly thereafter.

“He would go out of his way to make sure when he left from a call or left a reporting person, they would feel they were the most important thing.  He was an all-around great officer,” Boudreaux added.

According to Melancon Funeral Home, funeral services will be held on Monday, November 28 at 1:00 pm at St. Bernard Catholic Church in Breaux Bridge.

Youngsville DOTD worker stabbed to death on I-10, remembered by colleagues

This holiday travel season, here are 3 ways Transportation has your back – Vigour Times