WINTERWATCH fans were left viewing open-mouthed as an X-rated display unfolded on their screens.

Viewers were watching the badgers in Love Island-style night vision on the BBC Two evening show.

The black and white creatures, who live in dens called setts, then turned away from one another and rubbed their bums together.

It fell to Winterwatch host Gillian Burke to explain what was going on, saying: “They’re scent marking each other. 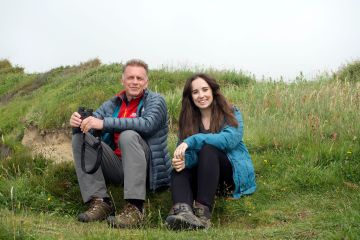 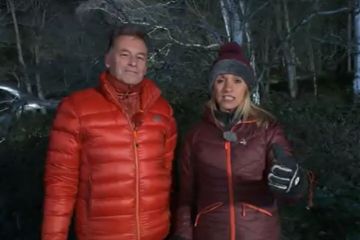 Viewers quickly piled in on social media after the broadcast, which was broadcast live from Edinburgh Zoo.

Another called it a “Hall of Fame live TV presenting moment”.

A third tweeted with an air of disdain: “Those badgers are manky b***ards.”

Gillian who was co-presenting alongside Iolo Williams while Chris Packham and Michaela Strachan were at a different shoot in Norfolk.

The animals popped up earlier than expected with the host explaining: “This is more like it, this is eight individuals.

“We think there’s up to ten in this clan. And they’re really active when they first emerge.”