In this article, you will get all information regarding 'We all look out for one another': Neighbor rescues boy from St. Pete house fire 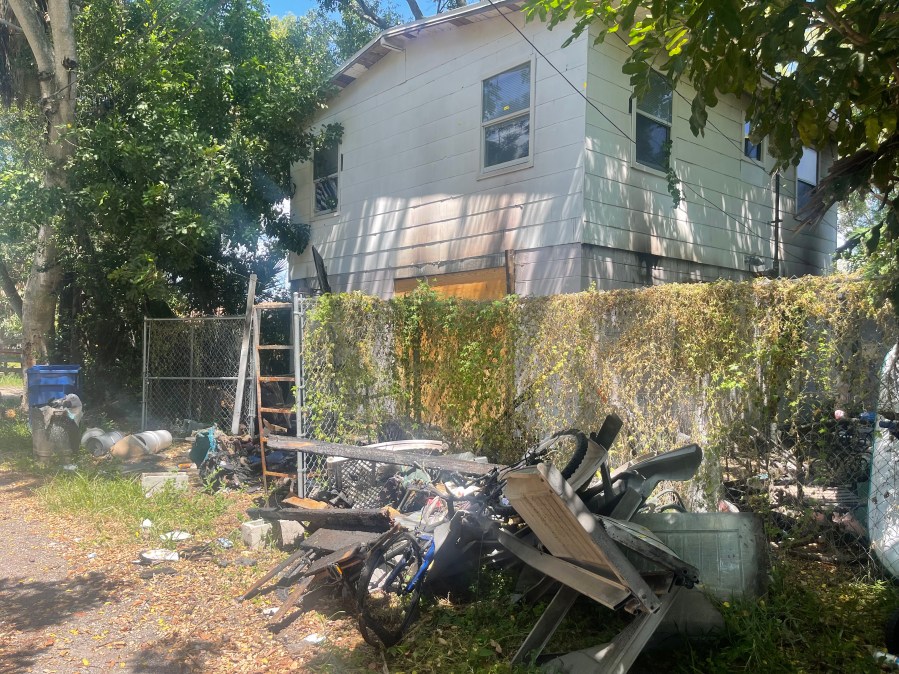 St. Petersburg Fire Rescue said they saved a grandmother and another child from a second-floor apartment.

Firefighters said the fire broke out in the garage, but at this time the cause is still unknown.

The family was trapped with no where to go when the fire started around 5 p.m. on 13th Avenue South.

“I was starting to go inside to see if I can get to the grandmother, but I couldn’t but I was able to get one of the boys out he had severe burns on his legs,” said neighbor Adam Little.

Little was sleeping when a fire broke out at his neighbors’ home. He immediately jumped into action.

“Relieved and worried at the same time,” he said. “Relieved that they were alive and worried for their health. I wasn’t worried about myself.”

Firefighters quickly arrived on scene and saw a child’s hand out of a window on the second floor signaling for help.

“We were able to make two rescues out of that one room where they had no escape,” said Lt. Garth Swingle, St. Petersburg Fire Rescue.

The family said an 11-year-old girl and her grandma suffered smoke inhalation and a 13-year-old boy has second-degree burns on his legs.

“It happened very safely and quickly and any more time, I can’t even say seconds of breathing in that toxic smoke would’ve been very, very detrimental,” Lt. Swingle said.

All three people were taken to the hospital and are expected to be OK. Two have since been released.

“Me doing my part,” Little said. “This neighborhood, we all look out for one another and we’re all family here.”

St. Pete Fire Rescue said the family did exactly what they should’ve done in this situation.

“We were very lucky that they were smart enough to make it to a window and knew what to do and wait for us,” Lt. Swingle said.

“I give a lot of credit for the St. Pete Fire,” Little said. “They did a wonderful job. They got out here and they busted their butt and they got the job done.”