In this article, you will get all information regarding Sparks need win against Washington Mystics to stay alive in playoff race 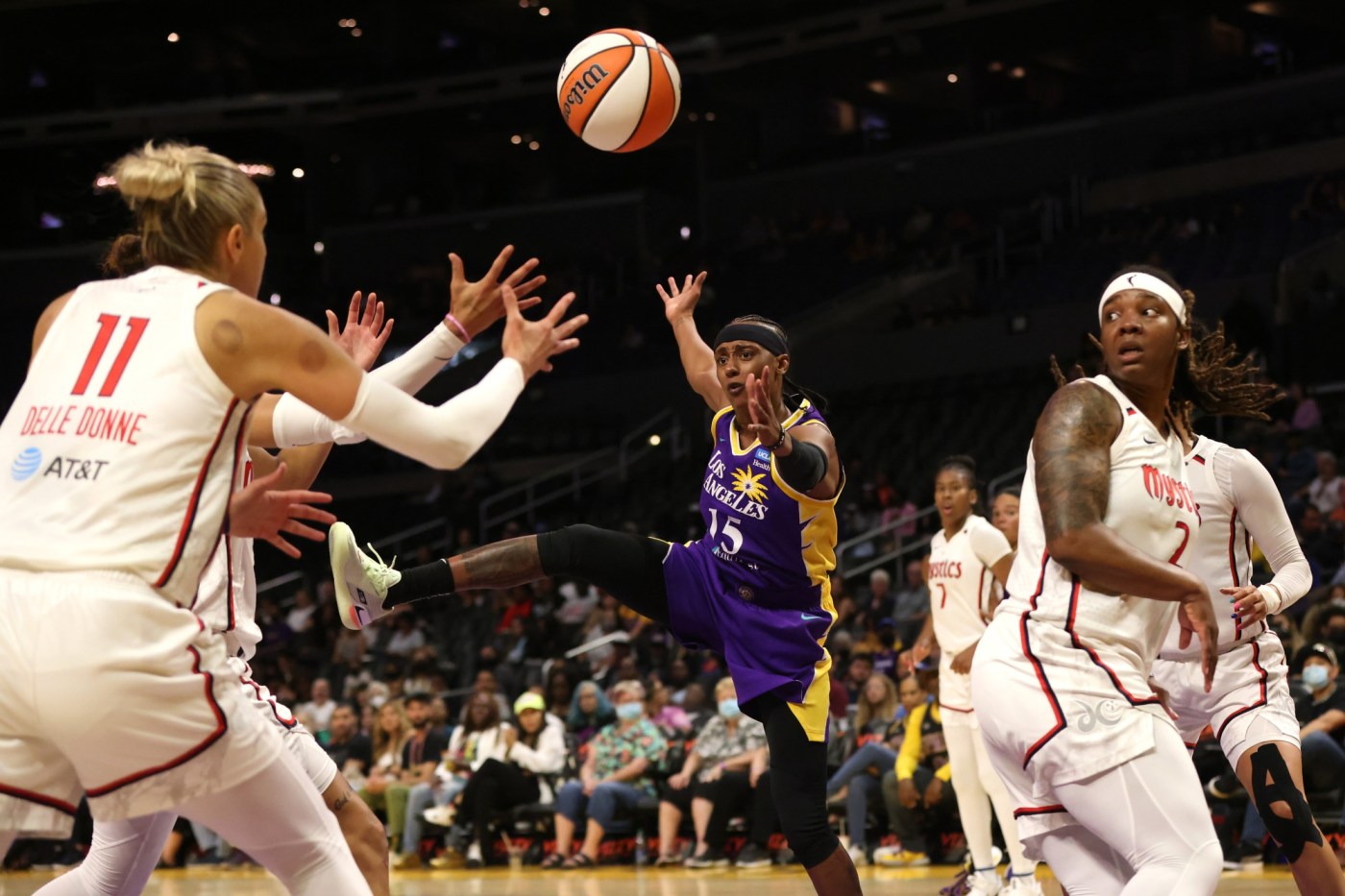 There’s no easy way to put it… the Sparks must win on the road against the Washington Mystics to have even a minuscule chance to make the playoffs, with four games remaining in the regular season.

The Sparks are coming off a heartbreaking 88-86 loss on the road to the Atlanta Dream on Friday, courtesy of Cheyenne Parker’s game-winning layup with 0.3 to go.

They have lost their last two games by a combined five points.

After losing six consecutive games, the Sparks are in dire straights since the team agreed to a ‘contract divorce’ with 6-foot-9 center Liz Cambage last month. They have lost all five games since Cambage departed, including the first three games of an arduous East Coast road trip. The Sparks are in 11th of 12 teams in the standings and only the top eight make the postseason.

If the Sparks fail to make the playoffs for a second straight season, which has only happened one other time in the team’s 26-year history, (in 1997 and 1998), they will not have a chance at the No. 1 pick in the upcoming draft as a consolation.

Along with then starting guard Erica Wheeler, the Sparks traded their 2023 1st round draft pick to the Atlanta Dream for guard Chennedy Carter, the No. 4 pick in the 2020 Draft, who has not played in the last two games, per a “coach’s decision” by interim head coach Fred Williams, despite Carter not being injured and available to play.

The right to the Sparks’ potential 2023 WNBA lottery pick was later traded by Atlanta to Washington, so the very team they need to beat on Sunday to stay alive in the playoff race, can be the team that essentially eliminates the Sparks from postseason contention, while at the same time clinching one of the top four picks in 2023 WNBA Draft, while preparing for their own 2022 postseason run.

In that win against Washington, the Sparks were led by All-Star forward Nneka Ogwumike, who scored 21 points and grabbed six rebounds. Ogwumike, is averaging 18.5 points and 6.7 rebounds this season, and is strongly considered by many as an All-WNBA first-team or second-team selection.

Meanwhile, Sparks starting forward/center Chiney Ogwumike has missed the last two games after suffering a facial injury against the New York Liberty on August 2 that has since affected her vision, leaving the team with essentially a seven-person rotation (with Carter benched) and no reserve players taller than 6-foot-3 to spell Ogwumike and 6-foot-5 rookie center Olivia Nelson-Ododa, who has been recently inserted into the starting lineup.

Meanwhile, Brittney Sykes scored a team-high 23 points in the Sparks loss against Atlanta, who had drafted her with the No. 7 pick in 2017. Sykes will be key to any success against Washington on offense and defense.

“Just keep our heads up,” Sykes said after the tough loss. “I went around the locker rooms and hit everybody’s hand. We all know that was a tough one but we keep fighting. We have to move on to the next one but this one stings for sure.”

The Sparks will finish the regular season with three home games next week against the Connecticut Sun on Tuesday and Thursday and against the Dallas Wings on Sunday, August 14.