In this article, you will get all information regarding Renovation begins on 210 Freeway project, prompts major delays 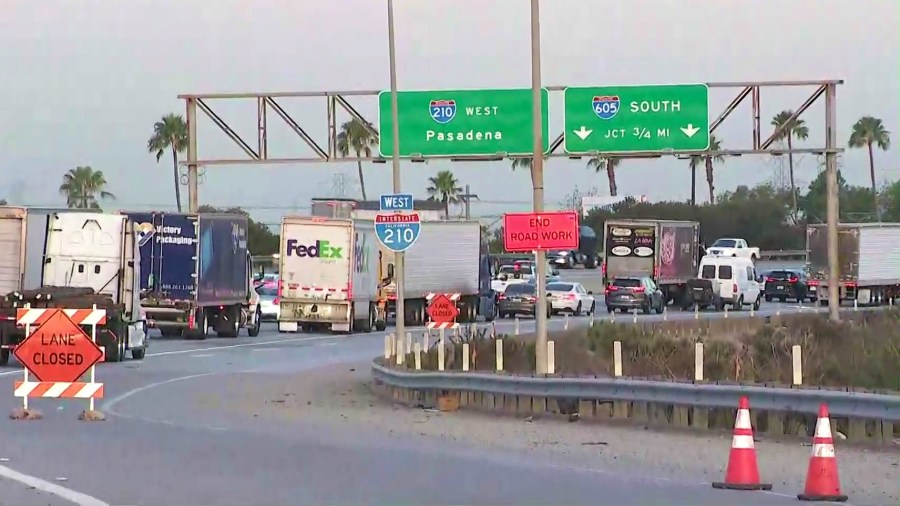 A renovation project on the westbound side of the 210 Freeway has begun, prompting traffic to backup through the Irwindale area Thursday morning.

Aerial video from Sky5 showed slow-moving vehicles make their way through the area as Caltrans crews diverted all east and westbound traffic to one side of the freeway, where three lanes were provided for commuters in each direction.

Although the delays were growing, a Caltrans spokesperson said that everything was going as planned.

Thursday is just the first day of a 5-day closure that will see the westbound lanes closed for a total of 126 hours while crews replace hinges on the 50-year-old San Gabriel River Bridge portion of the 210 Freeway.

The closure extends from Irwindale Avenue to the 605 Freeway.

Officials are urging drivers to avoid the area by taking the 60 or 10 freeways instead. Commuters can also opt to travel on the Metrolink or Metro Gold Line to avoid the traffic delays altogether.

Those who insist on taking the 210 Freeway should expect major delays, according to Caltrans officials.

The second part of the project, which will close the eastbound side of the freeway, is set to take place Aug. 17 to Aug. 23.