In this article, you will get all information regarding Novak Djokovic’s father filmed posing for photo with fan holding Russia flag with Putin’s face 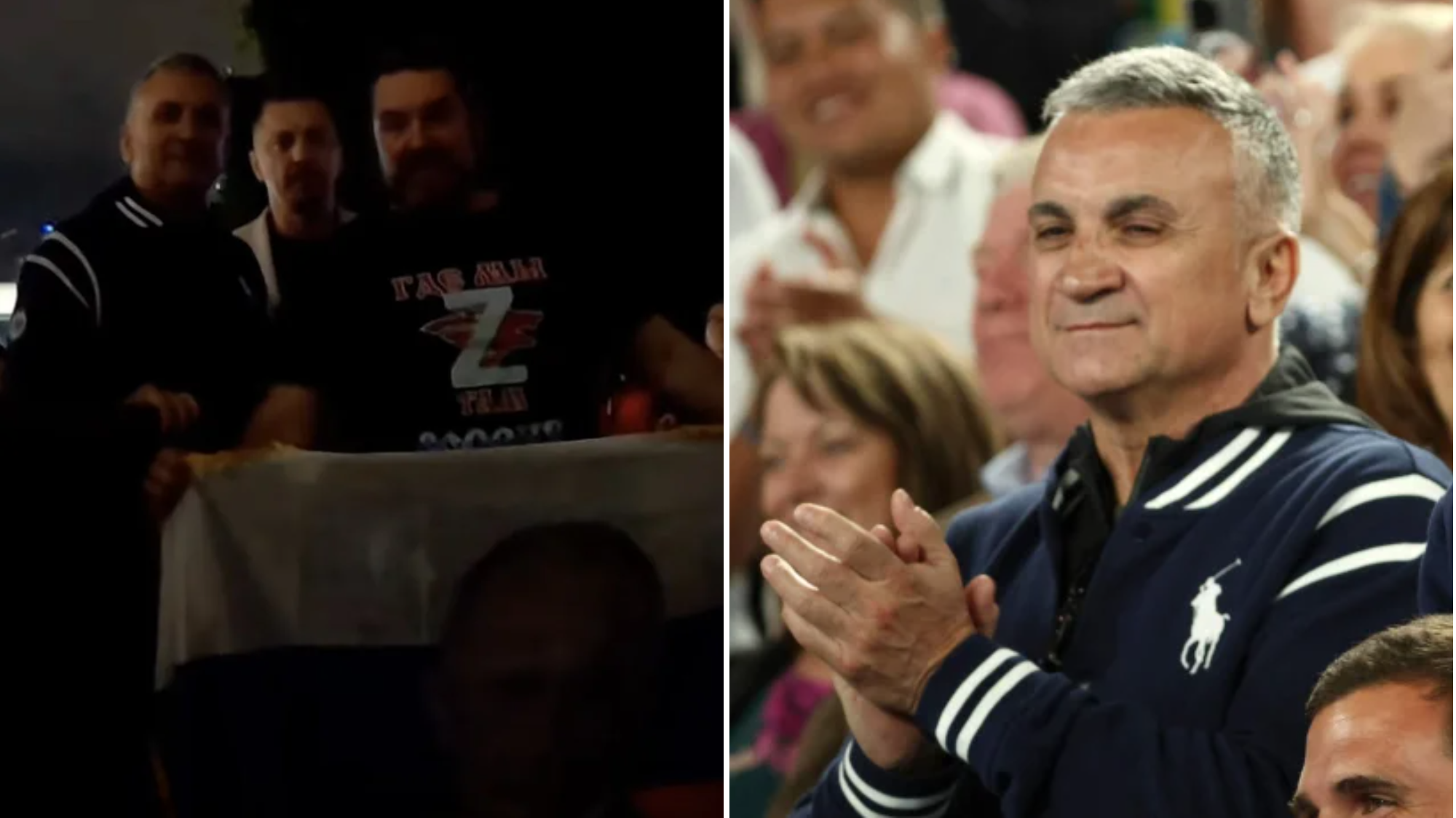 MELBOURNE — Novak Djokovic’s father Srdan has been filmed posing for pictures with a group of Vladimir Putin supporters before they were thrown out of the Australian Open on Wednesday night.

Djokovic had just beaten Russia’s Andrey Rublev in straight sets to reach his 10th semi-final in Melbourne, and remains favourite to lift the trophy on Sunday.

However, there were ugly scenes outside the stadium just before 10.30pm when a group of fans started singing chants supporting Putin and “Russia Serbia”.

In a video posted on the YouTube channel Aussie Cossack, Djokovic Sr poses for a picture with a man holding a Russian flag with Putin’s face on it and wearing a t-shirt bearing the notorious Z symbol, an emblem of support for Russia’s invasion of Ukraine used around the world.

As he leaves, he appears to say to the man “zivejli Russiyani”, an apparent show of support for the Russian cause. “Zivejli” is a Serbocroat word meaning “cheers” while “Russiyani” refers to Russian citizens, and the phrase that is translated by the channel as “long live the Russians”.

While posing with Srdan, the man with the flag also sends a message of greeting to Alexander Zaldastanov “from Melbourne Australia to our brothers in Moscow”.

The YouTube channel carrying the video is run by Simeon Boikov, 32, for whom an arrest warrant was issued this week over an alleged assault of a 76-year-old man at a rally for Ukraine in Sydney.

The day before Djokovic’s match against Rublev, he had posted a monologue calling on all supporters of Russia to “strike back” at Tennis Australia after the tournament organisers banned all Russian flags from the venue.

“Today Djokovic plays Andrey Rublev. I hereby appeal or instruct everyone to get down there. I can confirm that we’ve got some surprises,” Boikov said.

“Tennis Australia brace yourselves… for fans, for people who love tennis, if you know what I mean. I’ve got to word it that way or they’ll get me for incitement. We’ve got a lot of serious fans in Melbourne heading down.”

“The Russian empire has had its flag banned. Well guess what Tennis Australia? Good luck when the empire strikes back.”

The video featuring Srdan Djokovic does not appear to have been filmed by Boikov, who is believed to have been in Sydney on Wednesday night, but it was posted on his channel along with fresh footage of fans staging an impromptu rally for Putin outside the Rod Laver Arena.

Security guards can be seen standing by, apparently waiting for back-up, while the police are called. Four fans were then questioned and eventually evicted from the tournament grounds.

A statement from Tennis Australia said: “Four people in the crowd leaving the stadium revealed inappropriate flags and symbols and threatened security guards.

“Victoria Police intervened and are continuing to question them.

“The comfort and safety of everyone is our priority and we work closely with security and authorities.”