In this article, you will get all information regarding Mookie Betts’ home run propels Dodgers past Giants in see-saw game 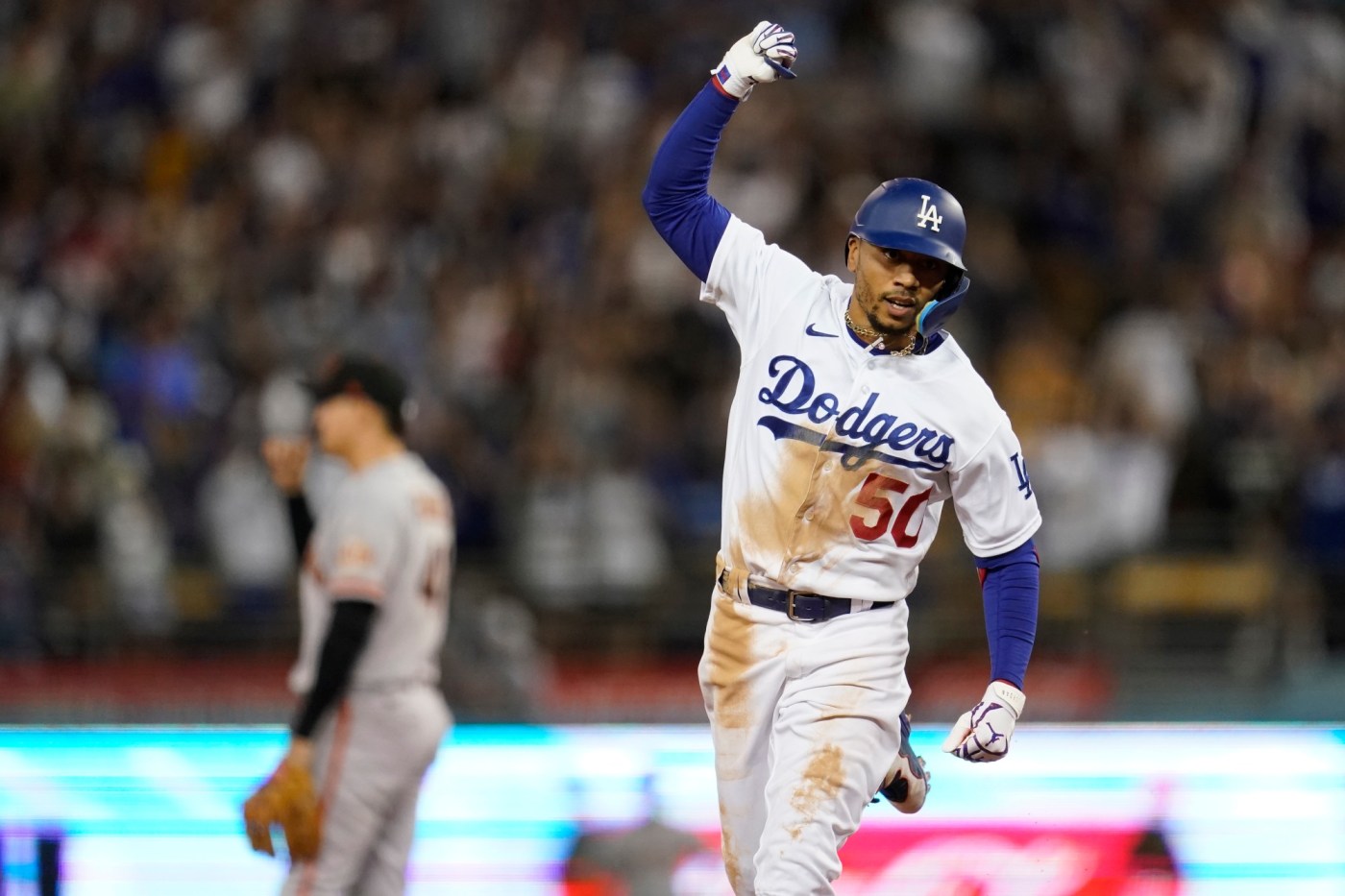 LOS ANGELES ― Mookie Betts has started 73 games for the Dodgers this season. All 73 times, he has batted first. The obvious question is often asked of Manager Dave Roberts: why?

Betts, Roberts always insists, is more comfortable leading off a game than batting behind a teammate. This frequently comes at the expense of RBI opportunities for Betts, who’s averaged 26 home runs in every full non-pandemic season he’s played.

Other times ― batting order be cursed ― the moment finds Betts. The Dodgers squandered a five-run lead against the San Francisco Giants on Thursday. They scored one run to tie the score 6-6, then Betts delivered a three-run home run against Jarlin Garcia to plate the winning runs in a 9-6 win.

Betts also made a diving catch in the right-field corner to rob Joc Pederson of extra bases to end the game.

Down 6-5 in the bottom of the eighth inning, Gavin Lux doubled against Giants pitcher Dominic Leone, then scored on an RBI triple by Trayce Thompson. Thompson’s fly ball fooled center fielder Austin Slater, who leaped at the wall and slam-dunked his glove over the fence, while Thompson’s ball bounded off the fence and back toward the infield. Lux scored easily, tying the game.

Garcia walked the next batter, Cody Bellinger, on four pitches. He then threw Betts a 1-and-1 changeup over the plate; Betts got all of it, electrifying the sold-out crowd with his 406-foot homer to left field.

“It’s a tough matchup, any left-hander for Mookie,” Thompson told reporters after the game. “It starts with Luxy that inning. That at-bat by Belli probably goes unnoticed, but it’s huge.”

The Dodgers could not hold onto an early 5-0 lead. The capper: a grand slam by Darin Ruf against Dodgers left-hander Alex Vesia to tie the game in the seventh inning.

It was a rough night all around for the Dodgers’ bullpen. Phil Bickford allowed a solo home run to Evan Longoria to get San Francisco on the board. Later, Evan Phillips (4-3) walked in a run with the bases loaded to put San Francisco ahead 6-5 in the top of the eighth inning.

Dodgers starter Mitch White did not allow a hit for five innings, then was removed after allowing a single to Austin Wynns to lead off the sixth. White threw just 82 pitches before bequeathing a seemingly safe lead to the Dodgers’ bullpen. They began the day 195-1 when leading by five or more runs since the beginning of the 2018 season.

“I landed my curveball a little better than I have recently,” White told reporters after the game. “Being able to get up closer to the lefties helped keep them honest.”

White also took a no-hitter into the fifth inning in his previous start at Dodger Stadium, July 6 against Colorado. The Cardinals then pummeled White for 10 hits and six runs in St. Louis on July 12.

“It felt like everything was big and coming out of the hand early” in the St. Louis game, White told reporters. “(Thursday) I was focused on creating the line, getting it down, especially with the slider, and I think it helped a little bit.”

The Dodgers rapped out 10 hits to the Giants’ six, and wasted little time getting to work.

Giants starter Carlos Rodon got ahead of Freddie Freeman, the Dodgers’ third batter of the game, 0-and-2. Rodon then threw a 96-mph fastball down the middle of the plate and Freeman hit it over the fence just left of dead center field, a home run. Rodon had never allowed a home run on an 0-and-2 count in his career.

The Dodgers have been the superior defensive team all season. They began the day ranked third in MLB in defensive efficiency (72.2 percent of all batted balls have been converted to outs); the Giants rank third to last (67.8). Even before Slater dumped his glove over the center-field fence, the disparity between the two clubs in the field was impossible to miss.

Bellinger and Trea Turner made sliding catches in the fourth inning to preserve White’s no-hit bid. The Giants, conversely, were a fountain of fielding ineptitude.

One error, a short-hop throw to home plate by shortstop Thairo Estrada, might have allowed Hanser Alberto to slide home safely on a Thompson double in the second inning.

In the third inning, Giants right fielder Luis Gonzalez lost sight of a routine Justin Turner fly ball, allowing it to drop behind him for a two-run double. The next batter, Alberto, hit a clean double to score Turner and give the Dodgers a 5-0 lead.

Betts’ catch served as a fitting ending to a dominant night.

“The guy’s one of the best in the game out there,” Thompson told reporters. “He gets amazing jumps. As a defender, especially as a guy who has an infield background, it’s pretty incredible. … I don’t think any of us were too surprised.”

Paid attendance was announced at 53,165, which the Dodgers said is the largest-single game attendance in baseball this year. That includes the All-Star Game on Tuesday night.

Justin Turner left the game with abdominal tightness in the eighth inning. He is questionable for Friday’s game.

Thompson for the tie, bang! pic.twitter.com/UAGBy9vq84

Freddie starts his second half with a bang! pic.twitter.com/yeGrJGmZLP

Trea broke out the smooth slide on a catch! 😱 pic.twitter.com/2R29LY3Mr4