In this article, you will get all information regarding Indiana Legislature 1st to approve abortion bans post Roe 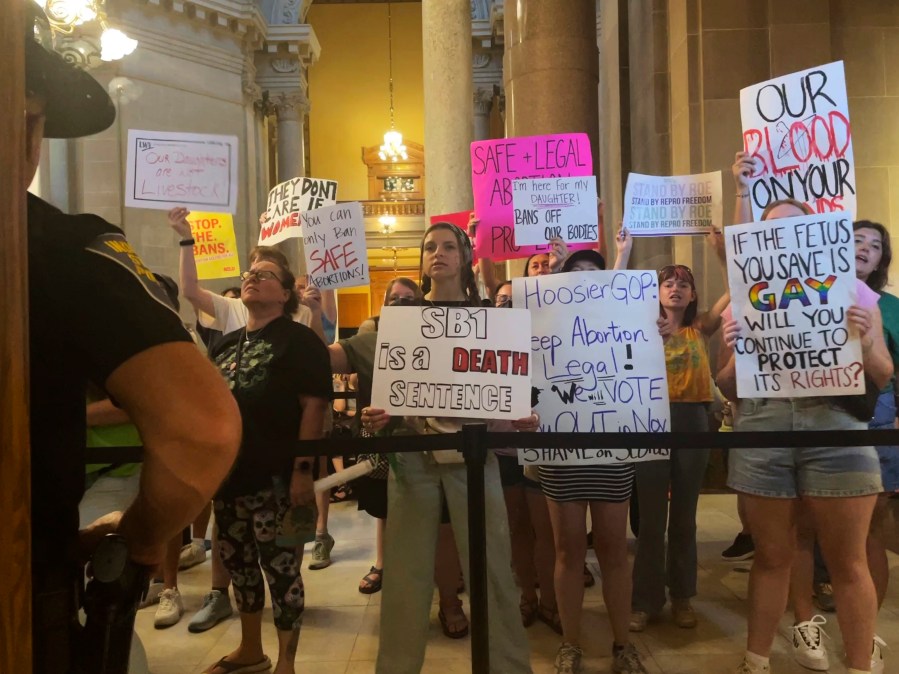 The measure now goes to Republican Gov. Eric Holcomb, who has not indicated whether he will sign it.

The ban includes limited exceptions, including in cases of rape and incest, and to protect the life and physical health of the mother. The exceptions for rape and incest are limited to 10 weeks post-fertilization, meaning victims could not get an abortion in Indiana after that. Victims would not be required to sign a notarized affidavit attesting to an attack.

The Indiana Senate approved the near-total ban 28-19, hours after House members advanced it 62-38.

Republican Rep. Wendy McNamara of Evansville, who sponsored the bill, told reporters after the House vote that the legislation “makes Indiana one of the most pro-life states in the nation.”

In advocating against the bill, Rep. Ann Vermilion condemned fellow Republicans who have called women “murderers” for getting an abortion.