In this article, you will get all information regarding HTC A9 vs iPhone 6s

HTC A9 vs iPhone 6s have broad comparison over the world. These two smartphones are release of 2016 year and prove to be the best phones ever in that era.

Compare HTC One A9 vs Apple iPhone 6s

The Mac Forums tells that HTC company has introduced its new model smartphone One A9. And this device has most attractive and premium style design almost identical to iPhone 6s.

Design look of HTC A9 vs iPhone 6s

When we talk about design and fashion of any smartphone then HTC comes first with its One A9 model as compare to iPhone 6s. One A9 smartphone has bit larger in size and thicker with 145.8/70.8/7.3mm. So, this is clear difference with Apple iPhone 6s.

Whereas, iPhone 6s has 138.3/67.1/7.1mm. But here is one similarity between both models HTC One A9 vs iPhone 6s. Both Have 143gram weight. In contrast of these comparison, both have metal body framework. The most blazing deal with these smartphones is rounded shape edges.

Both smart models iPhone 6s vs HTC One A9 has Touch ID fingerprint sensors and these devices are available for in 4 variant colors.

Display size of HTC A9 vs iPhone 6s

The brand comparison for display size and fashion is now presented with HTC A9 5-inch. It is supported with 1920.1080px resolution. Whereas Apple brand gives you little smaller handset iPhone 6s with 4.7-inch with 1334.750px.

Thus, HTC One A9 smartphone has bigger pixels in size than iPhone 6s. that is why, you can get better image resolution with sharp and crisp way than Apple iPhone 6s. but when you see at both devices with display brightness. 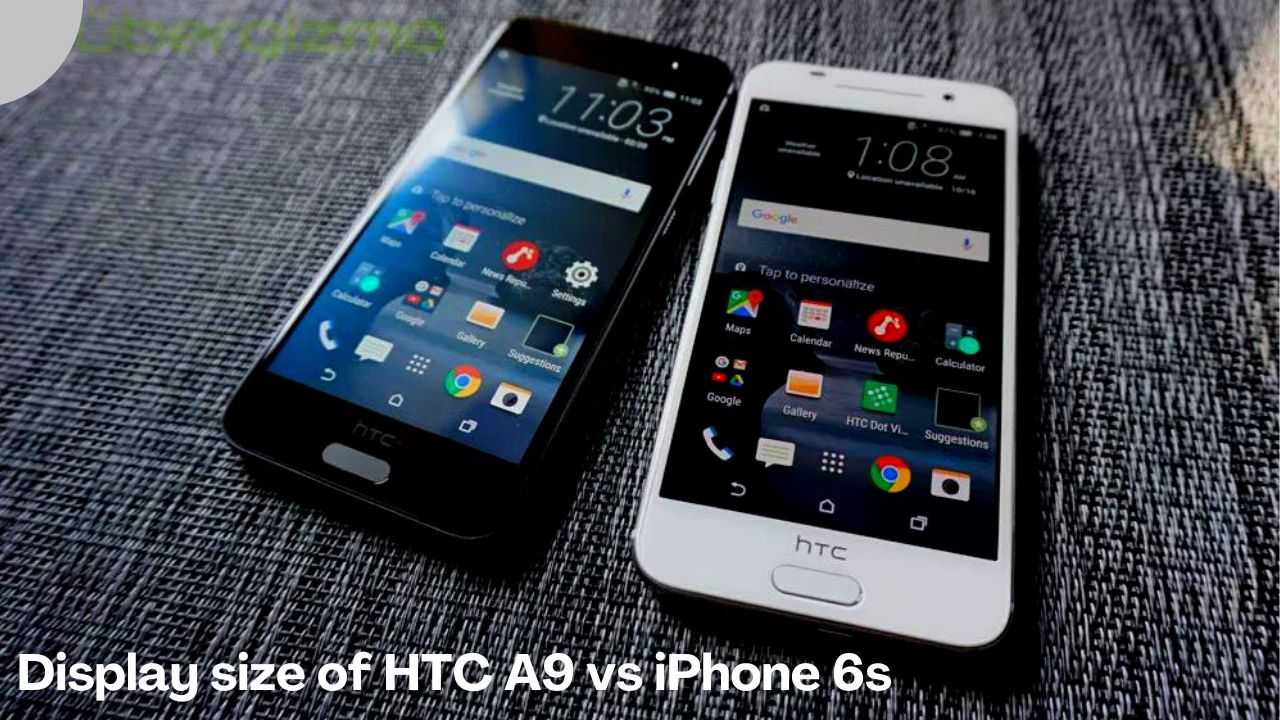 Then you will notice that HTC A9 handset has brighter display as iPhone 6s but here Apple is one step ahead by providing your more whiteness. Its means, when you have white image, it will be whiter than One A9 smartphone.

Cam shooter of iPhone 6s vs HTC One A9

This portion is most highlighted section while you are looking for the best smartphone to buy. Everyone wants to click beautiful and high-resolution images to capture loving memories of your life. Then everyone desires to have good cam result.

By seeing these demands, HTC One A9 handset gives you 13MP rear back camera with F/2.0 aperture in optics. This brand camera is designated to make photo stabilization with dual flash tone. While, iPhone 6s has 12MP rear camera with F/2.2 aperture

Hardware programs Apple 6s vs One A9

This comparison is somehow complex as Apple don not release the detail of its device’s hardware program. But by tricky research, The Mac Forums brings you hardware comparison among HTC One A9 vs iPhone 6s.

However, HTC One A9 model smartphone has Octa-core Snapdragon processor with 617 and 2GB RAM or 3GB RAM. While, iPhone 6s runs with latest version chipset technology A9 with coprocessor M9 motion.

Software programs iPhone 6s vs HTC A9 One

Software plays an important role in the selection of any smart device. As world is moving with latest technology software then everyone wants to have modern and newest software programs with its smartphone.

So, HTC One A9 has android software Marshmallow over the top. This is always by HTC by providing your same skin experience. While on the other hand, Apple brand smart device iPhone 6s has iOS 9 operating system that is totally diverse nature with comparison of Android system software program.