In this article, you will get all information regarding Four-day school week gaining popularity nationally. Why isn’t it happening in California? – Inspiration 2 Day 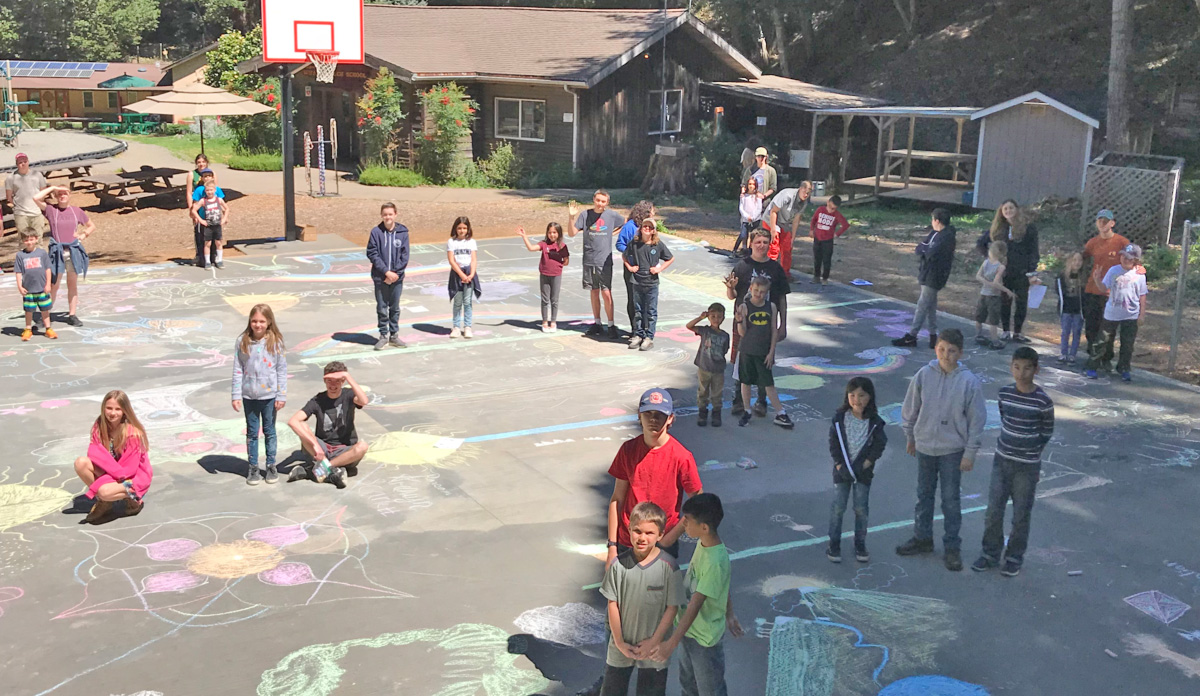 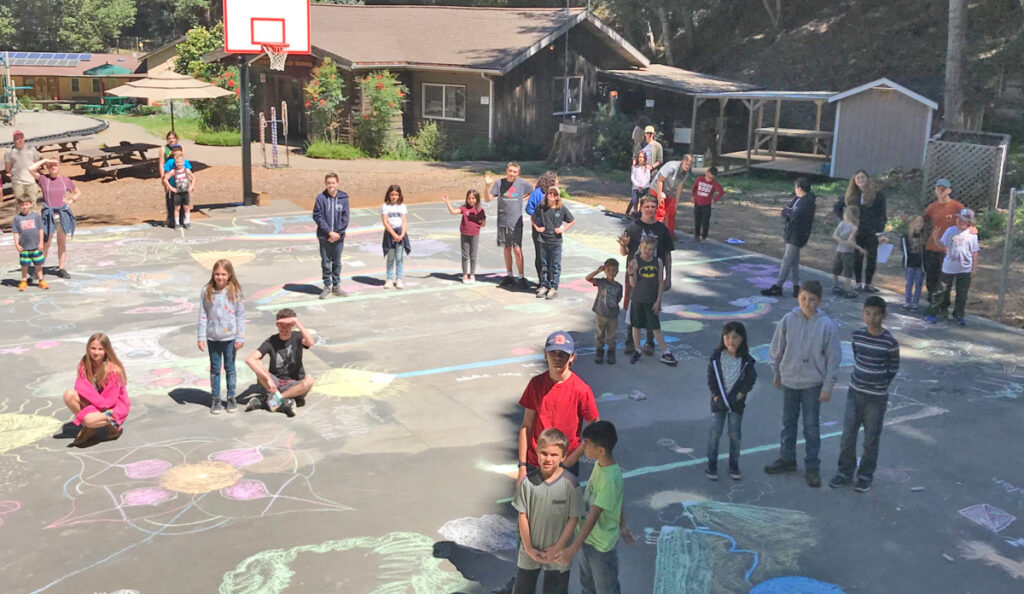 School districts across the country are increasingly turning to four-day school weeks to save money, increase student attendance and recruit new teachers. But the trend isn’t taking hold in California. Only two tiny, remote California school districts, Leggett Valley Unified in Mendocino County and Big Sur Unified in Monterey County, have shortened the week for students.

The four-day week isn’t feasible for most schools in the state. California’s Education Code requires schools to hold classes five days a week or have their funding reduced. Over the years state legislators have given exemptions to a handful of school districts in remote areas of California, although they must still meet the requirement for annual instructional minutes. Some of the districts that gained approval for a four-day week have reverted to a five-day schedule and others never instituted the truncated week.

The state of California gave Leggett Valley Unified permission to operate on a four-day schedule almost 14 years ago. Students at Whale Gulch School were the first in the district to move to a shortened week. The off-the-grid school, in the area known as the Lost Coast, serves 50 students in kindergarten through 12th grade. The school generates electricity with solar panels, and water is kept in storage tanks fed by a pipe that brings stream water from the top of a mountain through a “crazy filtration system,” said Superintendent Jeff Ritchley.

Leggett Valley School, which serves 75 students, moved to the four-day schedule five years ago. The town of Leggett, near the Eel River, has a post office, fire station and two small businesses, as well as the famous drive-through giant coast redwood called the Chandelier Tree. The closest town is about 45 minutes away.

“No one wants to go back,” Ritchley said of the four-day week. “There would be a riot. I guarantee both communities would go all the way to Sacramento. They would. All 150 people would caravan to talk to them (lawmakers).”

Ritchley says the four-day week meets the needs of families in the district, allowing them extra time for errands, such as taking children to doctor’s visits, which often require them to travel long distances. It also has helped the district recruit and retain teachers, and saves staff the cost of an additional day of commuting, he said.

Despite its growing popularity across the nation, four-day school weeks are controversial. The truncated school schedule allows for additional flexibility for school staff and families, but students on four-day schedules typically go to school for fewer hours and score lower on English language arts and math tests, according to research.

At the beginning of 2020 there were 650 U.S. school districts on a four-day schedule, and now there are 850, said Paul Thompson, an associate professor of economics at Oregon State University who has done extensive research on the topic. Ninety percent of the schools are in rural areas and 10% are in suburban or urban neighborhoods, he said. In 2020 Texas, had no school districts on a four-day schedule, Thompson said, and now there are nearly 50.

Thompson says that the most significant benefit of a four-day week is that it offers flexibility to district administrators, teachers and students.

Teachers in four-day districts are usually on the clock on the day that students are out of school, although working on campus is often optional, Thompson said. Teachers use the time for grading or class preparation. They take professional development courses or teach remedial courses to students trying to catch up.  Some teachers also use the day to take care of personal appointments and errands that would have meant a day off work and the need for a substitute, he said.

Students in high school reap the greatest benefits from the schedule, allowing them to take jobs or internships, or take advantage of other experiential opportunities, he said.

Ritchley often uses the extra day without students to attend to maintenance at the schools, which are closed on different days. On a recent Monday he was at Whale Gulch School placing sandbags around buildings and using flexible pipes to change the water direction of downspouts to keep the campus safe from flooding during the recent storms.

Parents, students, teachers and administrators surveyed by researchers give the four-day week high marks. A focus group of teachers told researchers at Oregon State University that they generally liked the four-day instruction model. It was the reason many decided to go to work or remain employed at a specific district.

Ritchley said he wouldn’t consider working at a school with a five-day schedule now and would like to see other schools apply for permission to shorten their school weeks.

“Being an employee myself, being a teacher and school administrator myself, it’s a healthier lifestyle,” he said. “They are really missing out.”

But there are drawbacks to the schedule, including evidence of lower grades for students who attend school for fewer hours. Students on four-day schedules average 148 school days a year and go to school 35 to 60 hours less a year than students who attend school five days a week, according to research by Thompson and others. Students on a four-day schedule, especially those with the least hours in school, have lower English language arts and math scores than students on a five-day schedule.

“Schools that drop three or four hours a week out of their students’ time in school, those are the places that we see those big drops (in grades),” Thompson said. “In districts that have maintained instructional time we don’t see much impact.”

Students in elementary school and middle school that switched to a four-day schedule were the most negatively impacted by the change academically, while high school students were nominally impacted, Thompson said.

A RAND study that surveyed families and staff at districts in Colorado, Idaho, Missouri, Montana, New Mexico, Oklahoma and South Dakota found that schools that change to a four-day schedule save some money, but not much – less than 5% of their operating costs –  and have similar student attendance as schools with longer weeks.  Shortened school weeks have also created childcare problems for some families, especially those with lower incomes.

Time spent in school differs from state to state

Whether a district moves to a four-day schedule depends largely on whether states allow it. Thirty-one states require that schools operate at least 180 days a year, which is extremely difficult on a four-day schedule. Seven states require schools to be open 170 to 178 days a year, and two require them to be open between 160 and 165 days. Other states have a required number of hours, instead of days, that schools must offer students instruction. Three states —  Idaho, Ohio and South Dakota — have no requirements.

In California, school districts that are given permission to go to a four-day school week are required to meet the same annual instructional minutes as other schools  36,000 for kindergarten, 50,400 for first through third grade, 54,000 for fourth through eighth grade and 64,800 for high school students.

Districts use a shorter week as a recruitment tool

Thompson said research hasn’t delved into whether teachers are staying in jobs because of a four-day week, but there is anecdotal evidence that teacher applications have increased in places that have made the switch.

“It is interesting where this will go,” Thompson said. “We need to get a handle on whether this is really keeping teachers in districts. If not, and we see declines in achievement, is this something we want to pursue?”

Ritchely said that the four-day school week has helped Leggett Valley Unified recruit and retain staff. The district has had virtually no turnover among its 15 teachers, with a job opening only about once every five years, he said.

“I don’t think we could attract anyone if it weren’t a four-day work week,” said Ritchely, adding that pay is lower than at most districts in the state because it is rural.

The increase has been so dramatic that Missouri Commissioner of Education Margie Vandeven told the state Board of Education recently that it gives her “great pause” to see how many school districts are moving to the four-day schedule, according to the Springfield News-Leader. She expressed concern that it would erode student achievement and leave students unprepared for a five-day work week when they are adults.

Despite the misgivings, the four-day week continues to grow in popularity. In Colorado, 124, or 69%, of the state’s school districts have schools on a four-day schedule, according to the Colorado Department of Education. Students at those schools attend 7.5 hours a day,  144 days a year. The state requires that schools operating fewer than 160 days a year gain permission from the commissioner of education.

Four-day weeks were so popular in Oklahoma that some districts moved to virtual instruction on the fifth day, after state lawmakers pushed back on the shortened schedule, Thompson said. Schools in other states are following their lead.

In Oregon about a third of the school districts have four-day schedules, but most are in remote parts of the state. Those districts went to four-day weeks primarily to accommodate athletic schedules, which had student-athletes, cheerleaders and band members out of school for most of the day while they traveled long distances to Friday games, Thompson said.

The idea was to recapture lost instruction time by increasing the time students were in school Monday through Thursday, he said. Most districts decided to extend the four-day week to its middle and elementary schools.

“For most of these school districts, this is more of a lifestyle change for their communities,” Thompson said.

Oakland’s new school board voted not to close schools — but at what cost?