In this article, you will get all information regarding Ex-cop Lane gets 2 1/2 years on Floyd killing federal charge 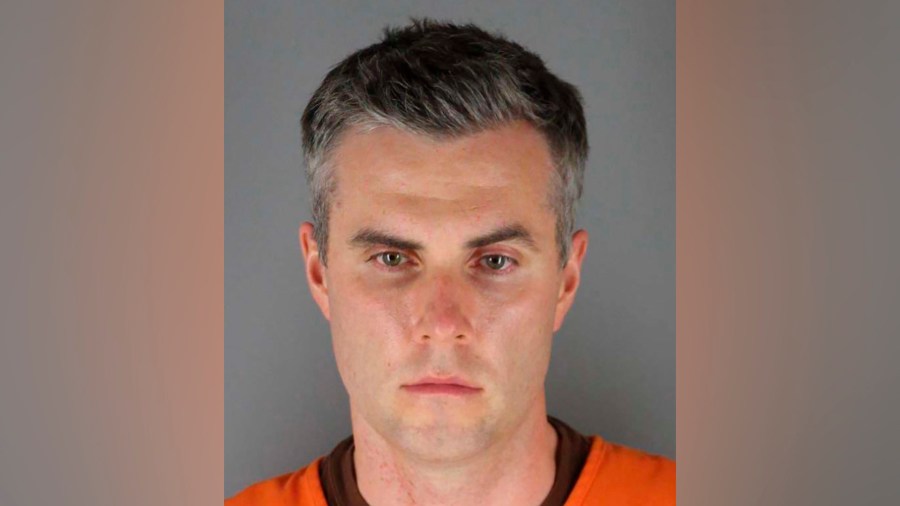 ST. PAUL, Minn. (AP) — A federal judge sentenced former Minneapolis police Officer Thomas Lane to 2 1/2 years in prison Thursday for violating George Floyd’s civil rights, calling Lane’s role in the restraint that killed Floyd “a very serious offense in which a life was lost” but handing down a sentence well below what prosecutors and Floyd’s family sought.

Judge Paul Magnuson’s sentence was just slightly more than the 27 months that Lane’s attorney had requested, while prosecutors had asked for at least 5 1/4 years in prison — the low end of federal guidelines for the charge Lane was convicted on earlier this year. He said Lane, who faces sentencing in September on state charges in Floyd’s killing, will remain free on bond until he must turn himself in Oct. 4.

Lane, who is white, held Floyd’s legs as Officer Derek Chauvin pinned Floyd’s neck with his knee for nearly 9 1/2 minutes on May 25, 2020. Bystander video of Floyd, who was Black, pleading that he could not breathe sparked protests in Minneapolis and around the world in a reckoning over racial injustice over policing.

Two other officers, J. Alexander Kueng and Tou Thao, were also convicted of violating Floyd’s civil rights and will be sentenced later.

Floyd family members had asked Magnuson to give Lane the stiffest sentence possible, with brother Philonise Floyd rejecting the idea that Lane deserved any mercy for asking his colleagues twice if George Floyd should be shifted from his stomach to his side.

“Officer Lane did not intervene in one way or another,” he said.

Prosecutor Manda Sertich had also argued for a higher sentence, saying that Lane “chose not to act” when he could have saved a life.

“There has to be a line where blindly following a senior officer’s lead, even for a rookie officer, is not acceptable,” she said.

Magnuson told Lane the “fact that you did not get up and remove Mr. Chauvin when Mr. Floyd became unconscious is a violation of the law.” But he also held up 145 letters he said he had received supporting Lane, saying he had never received so many on behalf of a defendant. And he faulted the Minneapolis Police Department for sending Lane with another rookie officer on the call that ended in Floyd’s death.

In sentencing Chauvin earlier this month on civil rights charges in Floyd’s killing, Magnuson appeared to suggest that he bore the most blame in the case, telling Chauvin: “You absolutely destroyed the lives of three young officers by taking command of the scene.”

Lane did not speak at Thursday’s sentencing and neither he nor his attorney, Earl Gray, commented to reporters afterward. Prosecutors did not immediately comment afterward, but Philonise Floyd called the sentence “insulting” and said he didn’t understand why Lane — whom he called “an accessory to murder” — didn’t get the toughest possible sentence.

“To me I think this whole criminal system needs to be torn down and rebuilt,” he said.

Lane’s attorney had argued that he twice asked his colleagues if Floyd should be turned on his side as officers restrained him face down and in handcuffs, as he said that he couldn’t breathe and eventually grew still.

Magnuson faulted the Minneapolis Police Department for sending Lane on a call with another rookie officer. And he said he had never received more letters of support for a defendant than he got for Lane.

Magnuson also said he would recommend that Lane serve his sentence at the federal prison in Duluth, a minimum-security facility about 2 1/2 hours from the Minneapolis area. The facility is classified as a “camp” and has no fence and has dormitory-style housing rather than cells. Prison assignments are made by the Bureau of Prisons.

Gray argued during the trial that Lane “did everything he could possibly do to help George Floyd.” He pointed out that Lane suggested rolling Floyd on his side so he could breathe, but was rebuffed twice by Chauvin. He also noted that Lane performed CPR to try to revive Floyd after the ambulance arrived.

Lane testified at trial that he didn’t realize how dire Floyd’s condition was until paramedics turned him over.

When Lane pleaded guilty in state court in May, Gray said Lane hoped to avoid a long sentence. “He has a newborn baby and did not want to risk not being part of the child’s life,” he said.

Chauvin pleaded guilty to separate federal civil rights charges in December in Floyd’s killing and in an unrelated case involving a Black teenager. That netted a 21-year sentence from Magnuson, toward the low end of the range of 20 to 25 years both sides agreed to under his plea deal.

Chauvin was already serving a 22 1/2-year state court sentence for second-degree murder and second-degree manslaughter. His federal and state sentences are running concurrently.

Kueng pinned Floyd’s back during the restraint and Thao helped hold back an increasingly concerned group of onlookers outside a Minneapolis convenience store where Floyd, who was unarmed, tried to pass a counterfeit $20 bill.

Magnuson has not set sentencing dates for Thao, who is Hmong American, and Kueng, who is Black. But he has scheduled a hearing for Friday on objections by their attorneys to how their sentences should be calculated under the complicated federal guidelines. Prosecutors are seeking unspecified sentences for them that would be lower than Chauvin’s but “substantially higher” than Lane’s.

Thao and Kueng are free on bond pending sentencing. They have turned down plea deals and are scheduled to go on trial Oct. 24 on state charges of aiding and abetting both second-degree murder and second-degree manslaughter.