In this article, you will get all information regarding Drunk driver crashes into state police car during traffic stop: ISP 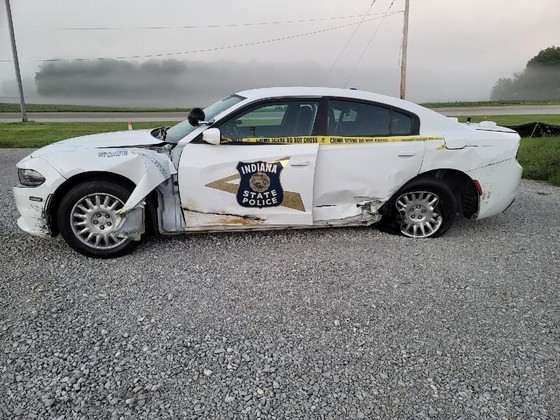 GARY, Ind. (WANE) – A northwest Indiana man was arrested overnight Saturday for driving while drunk and crashing into a state police car on the interstate.

Around 12:52 a.m., an Indiana State Police vehicle with two troopers inside was hit by another vehicle during a traffic stop on I-80 near the 8.0 mile-marker, about one mile west of the Grant Street exit in Lake County.

The initial investigation revealed Trooper Kay Galvan and Trooper Dennis Griffin had stopped a vehicle on the westbound side of the interstate for a traffic violation. The troopers were inside their car with the emergency lights activated when their car was hit by a silver 2013 Subaru Legacy.

Both troopers were taken to the hospital for evaluation and released.

The driver of the Subaru was not injured in the crash and police said he refused medical treatment.

The driver was identified as Kyle Dickson, 27, of Hobart. Dickson was taken to the Lake County Jail and incarcerated with a preliminary charge of operating a vehicle while intoxicated while endangering a person, a Class A misdemeanor.

The vehicle that had originally been stopped by the troopers before the crash was not hit and the driver was not injured, police said.

Troopers were assisted at the scene by Gary Fire Department, Gary EMS and Waffco Towing.