In this article, you will get all information regarding DA investigation finds Miguel Estrella shooting was self-defense 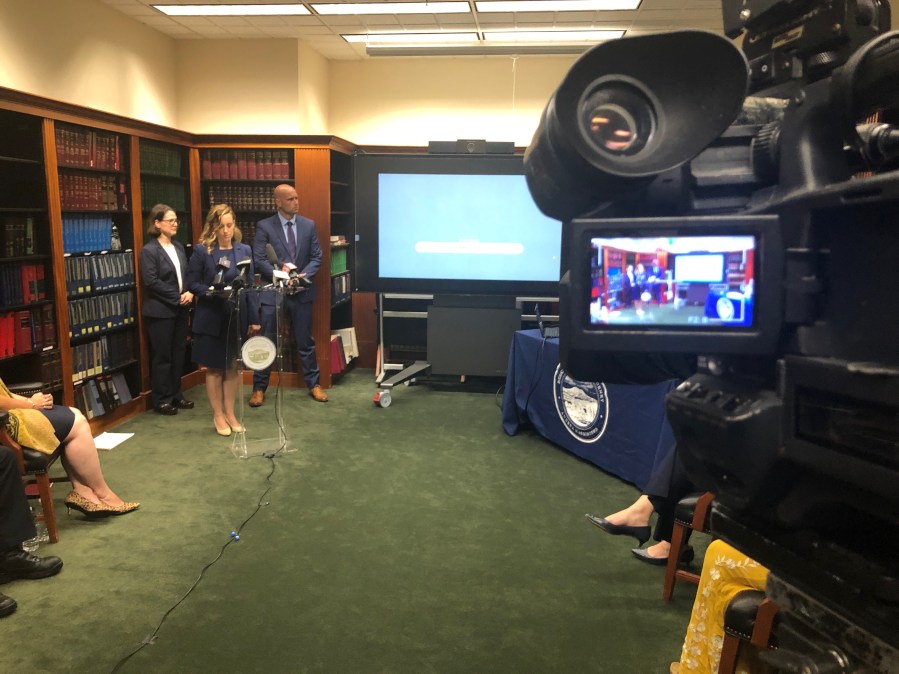 PITTSFIELD, Mass. (NEWS10) – Following a months-long investigation into the fatal officer-involved shooting of Miguel Estrella in Pittsfield, the Berkshire District Attorney’s Office determined the shooting was an act of self-defense. Estrella, who was 22-years-old, was shot and killed on the night of March 25th.

“These are sad and tragic circumstances, but they are not criminal in nature,” Berkshire District Attorney Andrea Harrington said while presenting the findings of the investigation Friday.

The presentation of the findings included an in-depth timeline of that night. Police were dispatched to Estrella’s Onota Street apartment twice that evening for mental health calls. The first came after the 22-year-old cut himself in the face, wounds that were described as minor during Friday’s press conference.

Girlfriend of man shot, killed by officer questions use of deadly force

Once there, Harrington said officers repeatedly attempted to de-escalate the situation, asking Estrella several times to drop the knife. The two officers on scene also deployed their tasers three times before the shooting.

Video surveillance taken near the scene, which was enhanced with assistance from the FBI, shows the encounter between police and Estrella, including the taser deployments and the moments leading up to the shooting.

The footage appears to show the 22-year-old advancing towards Officer Sondrini with the knife, prompting the officer to fire two shots into Estrella’s chest.

“The facts discovered during the course of this investigation do not meet probably cause to charge the officer,” Harrington explained, “I’m confident that we’ve exhausted all investigatory avenues to ensure full transparency as to the events of that evening,” she added.

Back in April, the Pittsfield Police Department released their own preliminary investigation into the shooting. That report found that the responding officers, Sondrini and Coffey, use of force was in line with department department policy.

“This is by far the most thorough DA’s investigation that I’ve received as a police executive in my tenure as the chief of police,” Pittsfield Police Chief Michael Wynn said at the conclusion of the DA’s investigation.

Wynn says Officer Sondrini is in the process of resuming his normal duties, while Officer Coffey resigned after the shooting and is joining another department. The chief says the events of March 25th have taken a toll on all those involved.

Following Harrington’s presentation of the investigation, Miguel’s sister took a moment to say a few words, emotionally thanking the DA’s office for their thorough investigation. She took the time to talk about who Miguel was as a person, while also pointing to the need for better mental health resources.

“We need to do better. We need to answer these questions so that this doesn’t happen to anyone else. Miguel was a kind, big-hearted complicated son, brother and more so to many of us,” his sister Elina said.

Marching for Miguel, demonstrators take to the streets of Pittsfield

Harrington echoed those needs, “This is a result of decades of failure to invest in basic health care at the federal and state level. And people here in Berkshire County are suffering.”

The DA says she’s made contact with area providers about what potential resources could look like for the Berkshire County community.

Following Estrella’s death, there have been many calls to equip Pittsfield Police with body cameras. Harrington said she is fully in support of this move, to provide increased transparency as well as another tool during investigations.